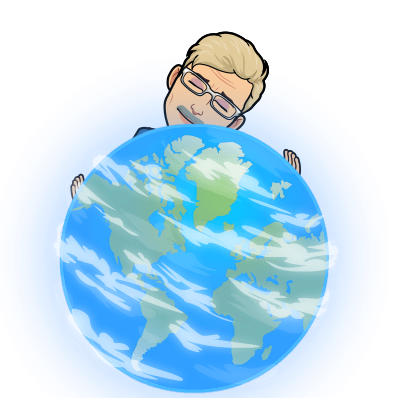 Earth's Extinction & Where we are?

“The more we pollute the earth, the less we deserve to live on earth!” ― Mehmet Murat ildan

Here are some very simple and easy Earth Day tips
that will go a long way in environment conservation:

On April 22, 1970, 20 million Americans participated
in massive rallies and events across the country with the goal of raising
awareness of the deterioration of the environment, and to spur government
action to support a healthier and more sustainable world. By the end of that
year, their voices were heard: bipartisan efforts in Congress led to the
creation of the United States Environmental Protection Agency, and the passage
of the Clean Water, Clean Air, and the Endangered Species Acts. (For more on the
history of Earth Day, listen to Nonresident Senior Fellow Nathan Hultman’s
recent
on
Earth Day during the Trump Administration.)

Forty-eight years later, Americans are still
gathering around the country for Earth Day events, and this year the Earth Day
Network has
to providing the information and inspiration needed to
fundamentally change human attitudes and behaviors about plastics. As you
celebrate Earth Day, browse the facts below to learn more about what Brookings
experts are saying about the state of our environment and the policies that
affect it.

1. US household water use is on the
decline, approaching levels not seen since the mid-1990s

According to Joseph Kane, associate fellow in the Metropolitan Policy
Program, many households are using less water and putting less strain on the
country’s scarce water resources following the drought in the Western United
States in 2017. According to a
, U.S. household water use is on the decline,
approaching levels not seen since the mid-1990s. Steps toward greater water
conservation in California and several other states appear to be taking hold, alongside a number of regulatory and technological advances in support of water efficiency, including
plumbing fixture upgrades. And with greater efficiency come several benefits: from preserving long-term water supplies to reducing the need to
build new infrastructure.

Still, warns Kane, even as households use less
water, these drops are not distributed evenly across the country, and ongoing
challenges remain concerning water efficiency and affordability in many
regions.

2. Many nations are committed to
addressing the effects of climate change on oceans.

Under the Paris Agreement, nations made pledges
known as nationally determined contributions (NDCs) that indicate how national
governments intend to reduce their greenhouse emissions and contend with
climate risks. In a recent paper in Nature Climate Change, a team from the Scripps Institution of
Oceanography and David Victor, Co-Chair of the Cross-Brookings Initiative on
Energy and Climate makes use of these pledges to explore how governments are grappling with some of
the most pernicious and worrying impacts of climate change: those on the
oceans.

The researchers found that in contrast to the past,
when oceans received minimal attention in climate negotiations, 70 percent of
161 NDCs analyzed by the team include marine issues. And as Victor points out,
those countries most vulnerable to sea level rise and those deemed “small
island developing states” correlated powerfully with attention to the oceans.

3. The US is on track to become the
world’s largest oil producer within a decade

In a recent congressional hearing, Fatih Birol,
executive director of the International Energy Agency, described the United
States as “the undisputed oil and gas leader in the world over the next several
decades.” U.S. oil production is forecast to exceed 10 million
barrels per day in 2018, surpassing Saudi Arabia and behind only Russia. In
recent analysis, Foreign Policy Fellow Samantha Gross explores whether this
incredible surge in production could make the U.S. “the new Saudi Arabia.” She argues it will not.

Gross contends that although the United States has
become an indispensable source of oil and gas production, it is dissimilar to
the operations of state-run producers like Saudi Aramco who will continue to
play a unique role in global oil markets. But, she asks, “with a potential
end to demand growth, will they change their strategy to compete more strongly
in the market on price, acting more like the American producers?” Only time
will tell, she concludes.

According to  Erica Chuang, Jessie Pinchoff, and Stephanie Psaki, research has
shown an overall reduction in educational attainment, lower academic
performance, and higher rates of absenteeism among
children who have experienced climate shocks. After these events, children may
also miss school due to sickness (e.g., malnutrition during drought, or increased rates of
diarrheal disease after floods), injury, or displacement. In the long run, this
may reduce lifetime earnings when these children reach adulthood.

Moreover, climate events disproportionately affect
vulnerable students, particularly adolescent girls. This pattern is
particularly alarming say the researchers, as evidence suggests
that climate-related shocks (cyclones, flash floods, wildfires) and stresses
(drought, for example) are increasing in frequency and intensity. The
relationship between girls’ education and climate events is complex, but the
authors note that
is
exploring the problem—and suggesting potential solutions.

5. The rate of wildlife extinction is at its worst since the dinosaurs died out 65 million years ago

Vanda Felbab-Brown explains that the planet is experiencing alarming
levels of species loss. This loss, she says, is caused in large part by
intensified poaching and wildlife trafficking driven by expanding demand for
medicines, food, and trophies. Affecting many more species than just the iconic
elephants, rhinos, and tigers, Felbab-Brown explains that the rate of
extinction is now as much as 1,000 times the historical average and at its
worst since the dinosaurs died out 65 million years ago. In addition to causing
irretrievable biodiversity loss, wildlife trafficking also poses serious
threats to public health, potentially triggering a global pandemic.