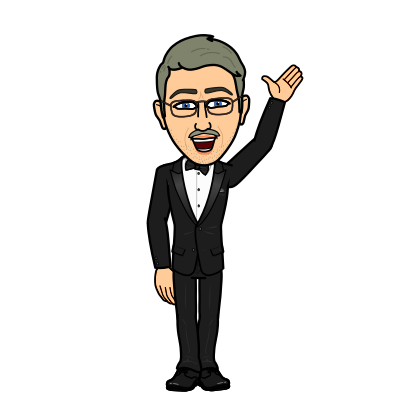 How Old is Too Old to Start an Acting Career?

"Whatever you do, do with determination. You have one life to live; do your work with passion and give your best. Whether you want to be a chef, doctor, actor, or a mother, be passionate to get the best result." ~Alia Bhatt

Many aspiring actors want to know how old is too old to start an acting career. This is a common question because with most jobs, there’s always a line which you cannot cross at a certain age. For actors, there is no age limit. Anybody at any age can start training or working as an actor. What changes is your approach to the acting craft and the acting business.

How old is it too old to start an acting career inspired me to expand on the subject. I personally know quite a few actors who either received their drama school degree in early 50s or began attending acting classes and looking for acting jobs in their early 60s.

This is where I am now. As I move through the doughnut hole of my life and taking care of parents and kids, I realize I am all grown up now so what do I do now? Nothing would make me happier than having the joy of theater, be this acting or my own Cabaret Act.

“I think life has got to develop as you get older, and I don’t want to be wandering along doing the same old thing. I want more out of life.” – Michael Caine

“I wish I would’ve started acting when I was 12,” is something that many struggling actors have thought about now and again. It’s true that if we were to start acting at 12, we would probably be better actors when we’re 22. But that doesn’t necessarily mean that your ability to learn is now gone, or that there are no opportunities for older actors.

Actually, it’s the opposite. Continue reading to see why.

The amazing thing about the acting profession is that it’s so versatile and unpredictable. You can start an acting career in your 20s and only get recognition in your 50s, or you can start in your 60s and get a major breakthrough part in 3-5 years (happens all the time!)

It’s simply impossible to say what can happen to one’s career at any time, which makes this question “how old is too old to start an acting career” very easy to answer: it’s never too late to become an actor.

Not convinced yet? Let me make a case for you

First, notice that no working performer who understands the business will ever say that someone is too old to become an actor. It simply doesn’t make sense. The only people who can ever give this “advice” are those who don’t know anything about the way the entertainment business works.

Of course there are advantages to being a young actor in your early 20s, no doubt about it. But there are also disadvantages, and many. And the exact same thing applies to being an older actor who’s just starting out – there are pros and cons to launching your acting career in your 60s.

Cons of being an older actor vs younger actor:

(Probably) Less energy to run around, auditioning(Probably) The “hot actors” market is not your nicheLess likely to become a Hollywood movie ultra mega superstarYour can’t use your age as an excuse for lack of credits

Pros of being an older actor vs younger actor:

Life experience: by far the biggest and most valuable advantage an actor can have is wisdom, certainty and maturity: you’ll make better, smarter decisions. Ability to stay focused on your goals instead of chasing for shiny things. Less competition: there are simply less people pursuing this goal at an older age. Skills you’ve learned that you can apply to acting and put on your resume. Natural acting ability: the older you get, the more relaxed you become, the better your acting gets. Financial stability: even if you’re not rich, you probably don’t depend on your parents’ support. Faster acting career advancement due to all of the above

Acting is a question of absorbing other people’s personalities and adding some of your own experience.” Paul Newman

You need to be smart about this

50s, 60s and above is an interesting time to start acting. While generally there might be less roles for such age, the curious case is that while you’re starting out in your 60s, other actors are already leaving the industry at this time in their life (or left it long time before this).

Balance does the magic here. This means there will definitely be less competition for you than there is for actors in the 20s-30s age group. Significantly less.

Having said that, if one would be willing to start an acting career older, it’s vital to learn about how the industry works and what you’re about to encounter.

I’ve seen some really poor tips for actors thrown around online. People like to romanticize the acting profession, saying that you can’t plan your career and you should only follow the passion, do it only for the love of it and forget about the business side of it. This is a terrible advice.

It’s a terrible advice if you want to succeed and continuously progress, get bigger and better roles, and maybe make more money from your acting skills. If that isn’t your goal, and you simply wish to do it for fun, then you can – join a local community theatre, and do it on the evenings when you have free time. Don’t make it your profession.

If you want to become a working actor who pays the bills by doing stage plays or working on feature films or television, then you DO need a plan and you MUST know where you’re going.

Let me ask you something. Say you’re new in a huge metropolitan city [show business], and you need to get to the airport to catch a flight to another town [becoming a working actor]. Would you get into a car and start driving [begin pursuing acting] without even knowing where the airport is? Would you be driving around the city for hours/days [months/years] hoping to find the airport? Or would you look up/ask for that information so that you have a clear path [plan] on how to get to your destination?

Being an older person (anything past 30) means there’s no time to waste on “exploring passions.” Love of the acting craft does not mean you cannot make smart and calculated decisions about the business of it.

You have to understand one thing. The process of acting (the actual art part of it) is only a fraction of what you’re going to have to do once you start. Most of it will be focused on the business side of acting: researching, reading, auditioning, making connections, networking, marketing yourself and so on. All of this to get the job and enjoy the process.

Be brave with your choices

Another advice for actors worried about being too old to start an acting career would be to go boldly for any role that is offered. It can be student projects, low-budget indies and small plays in your city. Anything goes at this point to get you into the scene. Do anything, and everything that you can get your hands on!

Don’t rush into moving to a bigger city if you’re not in one. Spend a year learning about the craft. You might love it or hate it; it’s better to be certain before committing to anything.

When it comes to funding your career, it’s perfectly fine to pay for a headshot and join an acting class but that is where you should draw a line at the beginning. Unless, of course, your previous occupation made you a very wealthy person. In that case this will probably not apply to you.

However, if you would prefer to be conservative with your cash, then investing just a little bit in acting training is more than enough for starters.

The bottom line is that if acting is something you’re passionate about interested in doing, and you truly enjoy the process, then go do it. It’s as simple as that.

We have plenty of advice on how to start an acting career all over this website. Explore those options. Join your local community theatre, do some plays and student films, try an acting class. Get your feet wet and see how you like it.

By then, if you believe there’s nothing else you’d rather be doing for the rest of your life but just act, then commit to it and pursue your dream.

I want to repeat one more time: no real actor will ever tell you that you’re too old to start an acting career. Working performers understand how the industry works, and this notion that you may be too old for acting simply doesn’t make any sense whatsoever. There are parts waiting to be cast for all age groups, so go grab one for yourself!

There are many career choices that have an age limit. Acting isn’t one of those.

If you’re currently debating with yourself whether you should start taking acting classes and looking for projects to work on, the best way to find out is to go out and try.

Give acting a shot and see if you like it; see if you can keep up with it. Maybe you’ll do it as a hobby on weekends without spending a dime, or maybe you’ll go professional at some point. You will never know what opportunities are out there waiting for you if you never try it out.

Plenty of actors started acting late in their lives and many received recognition even later. Why can’t you be one of those success stories?