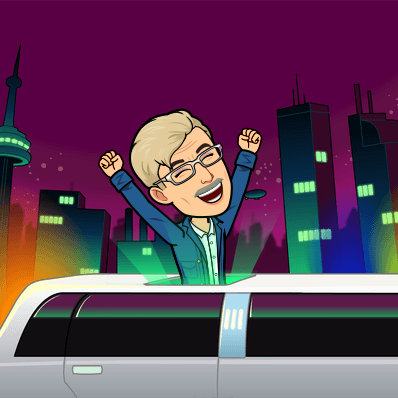 Las Vegas: What You Need to Know Before You Go

"Las Vegas is the expression, in glitter and concrete, of America's brittle and mutating I.D." ~John Burdett

The first European to visit Las Vegas Valley was Raphael Rivera in 1829. The name comes from Spaniards in the Antonio Armijo party, who used water in the region before continuing on their path along the Old Spanish Trail. A fort was built in present-day downtown to serve as a stopping point on the "Mormon Corridor" between San Bernardino, California and Salt Lake. Mormons eventually abandoned Las Vegas in 1857 during the Utah War, and it became a railroad town.

By the early 20th century, Las Vegas was a popular railroad town and a staging point for nearby mines. As railroads were built across the country, the area became less important. The construction of the Hoover Dam in 1935 led to some growth in population and tourism. It was the legalization of gambling in 1931 that led to modern-day Las Vegas and the Resort Casino Hotels it is now famous for. Las Vegas today is known for its tolerance of many forms of adult entertainment, which earned it the nickname Sin City, and it has become one of the most popular tourist destinations on earth.

Clark County, Nevada's population will jump to 3,043,607 in 2031. When most people talk about Las Vegas, they refer to the city as well as areas beyond its city limits, especially the Las Vegas Strip (known for its resorts and casinos) or even the whole Las Vegas Valley. Las Vegas' estimated a population of 641,676 accounts for just the city proper.

The 4.2 mile stretch of South Las Vegas Boulevard, or what is known as the Strip, is actually in unincorporated areas of Enterprise, Winchester, and Paradise, not Las Vegas proper. Based on its population, Las Vegas has a population density of 4,376 people per square mile.

There are more than 86,000 rooms on the Strip, according to the Las Vegas Convention and Visitors Authority. At least eight Strip hotels are undergoing large-scale room upgrades this year with a total investment approaching half a billion dollars. The investment tally does not include upgrades to gaming floor areas and amenities. About 9,000 rooms are expected to be refreshed just in 2017, a pace of nearly 25 a day.

The changes on the Las Vegas strip started around the opening of the MGM Grand in 1993 and the changes from youth attractions like MGM Grand Adventures Theme Park, but that park closed in 2000 due to lack of interest. Similarly, in 2003 Treasure Island closed its own video arcade and abandoned the previous pirate theme, adopting the new TI name.

In addition to the large hotels, casinos, and resorts, the Strip is home to a few smaller casinos and other attractions, such as M&M World, Adventure Dome, and the Fashion Show Mall. Starting in the mid-1990s, the Strip became a popular New Year's Eve celebration destination. Today Vegas is the Entertainment capital of the world, like New York, dozens of stars are appearing at each resort, multiplied by dozens of resorts and you have a plethora of choices. The shows in Vegas are like nothing else on Earth, let's not call them shows, but visceral experiences.

The kingdom of Las Vegas is one of the most extraordinary creations of the human mind and is a shiny machine of impulse and has evolved in just 20 years. I'm a die-hard with a deep love for #Vegas, my parents brought me here when I was a kid and sent me to the arcade. As an adult 21 in Reno and Vegas, they still had real coins that went "ding, ding, ding" against the metal trays. Oh, yes, I remember the pride of carrying a heavy tub of coins to the buffet, but nothing stands still and certainly not Las Vegas. Today this city is still expanding, but is bigger better?

With the opening of Bellagio, Venetian, Palazzo, Wynn and Encore resorts, the strip trended towards the luxurious high-end segment through most of the 2000s, while some older resorts added major expansions and renovations, including some de-theming of the earlier themed hotels. High-end dining, specialty retail, spas, and nightclubs increasingly became options for visitors in addition to gambling at most Strip resorts. There is also a trend towards expensive residential condo units on the strip.

In 2004, MGM Mirage announced plans for City Center, a 66-acre (27 ha), $7 billion multi-use projects on the site of the Boardwalk hotel and adjoining land. It consists of a hotel, casino, condo, retail, art, business and other uses on the site. City Center is currently the largest such complex in the world. Construction began in April 2006, with most elements of the project opened in late 2009. Also in 2006, the Las Vegas Strip lost its longtime status as the world's highest-grossing gambling center, falling to second place behind Macau. Gambling is secondary income.

In 2012, the High Roller Ferris wheel and a retail district called The LINQ Promenade broke ground, in an attempt to diversify attractions beyond that of casino resorts. Renovations and re-brandings such as The Cromwell Las Vegas and the SLS Las Vegas continued to transform The Strip in 2014. The Las Vegas Festival Grounds opened in 2015. In 2016, the T-Mobile Arena, The Park, the Lucky Dragon Hotel and Casino, and the Park Theatre opened. Smaller changes and developments are taking place as well.

• The Monte Carlo Resort and Casino is undergoing a two-year, $450 million makeover into the Park MGM to be completed by end of 2018.

• Phase one of the Wynn Paradise Park with a 1,500 room hotel tower, lagoon and beach amenities is expected to be done by early 2019.

• The Hard Rock Hotel and Casino has been bought and will be redeveloped as the Virgin Hotel Las Vegas by late fall 2019.

• Construction of the Las Vegas Stadium began in September 2017 and is expected to be completed in time for the 2020 NFL season.

• Construction of the All Net Resort and Arena is expected to be completed by spring 2020.

• Genting Group bought the site of the Stardust in 2013 with plans to build Resorts World Las Vegas in 2020.

• Las Vegas Sands and Madison Square Garden Company plan to build an arena behind The Palazzo and The Venetian by late 2020.

• Wynn Resorts bought the site of the New Frontier in Dec. 2017 and announced plans for a 2,000+ room resort to be named Wynn West.

• The unfinished SkyVue Ferris Wheel is for sale, as is the land of the former La Concha Motel

My Review of Vegas

So from my recent experience this weekend, here a few tips and the scuttlebutt on the modern day Las Vegas. You are going to be walking a whole lot, you can rack up a mile easily just getting up/down/around your own resort. There are no straight lines in this town and that's on purpose. Even crossing the 8 lanes of traffic of Las Vegas Blvd., you will find your way upward to a pedestrian crossing bridge.

Each of the resorts main tower of rooms is set back approximately a football field from the street to allow for casino space, shopping, and food courts. Your swimming pool for the resort of your choice will be located beyond the tower rooms to the back of the properties which can be massive with lazy rivers and most have a couple pools, to offer guests.

If your driving or have a rental car you're going to pay for Parking. Garages followed the #MGMgrand lead, a few years back to start charging $15. or more a day for using their parking garages, Valet Service can run $25. and up. The garages are massive as well, plan some extra walking here, most garages are their own structures built adjacent to each resort with long corridors usually on separate levels getting to the casino.

UBER and LYFT have separate pick-up points at the airport and all resorts. You cannot get picked up in the main Hotel Valet area, follow the signs down other corridors and levels to separate pick up areas. Uber's average about $12.00 dollars per trip.

There are local buses that travel the boulevard, but traffic is thick and bumper to bumper for the 4.2 miles of the strip.

The outdoor themes of each resort, are fascinating, but you will find that they all have several things in common. Each will have a promenade of shops of the finest goods that money can buy, such as Gucci, Louis Vuitton, Hugo Boss, Tiffany, Barneys, etc., you will find them everywhere.

With the de-theming of the casino's, gaming machines are now modern-themed, the variety of SlotMania and other Casino Slot Games you would play on your cell phone. The gaming while still very active, takes a backseat to resort amenities and themed restaurants, shows, and entertainment.

The shows are epic in the creation and a wonder to behold considering that all the shows in #Vegas are in some cases $100 million dollars to produce and worth every price of the ticket. You won't see the type of shows here, anywhere else. Most shows prices are somewhere from $70. - $150. a seat. I went to see Cirque du Soleil KA at the MGM. See this amazing show.

Everything in Las Vegas is $20. prepare for it and you'll have a swell time. You want to ride a roller coaster or go to the top of the Stratosphere, most meals per person were also around twenty dollars.

As I mentioned in my former blog, I have a deep affection for Las Vegas although it has morphed into a completely different incarnation and caters to different niches and desires of a modern public. This is indeed 'Sin City' and Shiny Ball Syndrome is everywhere.

While the #MGMGrandHotel doesn't have themed gaming tables such as Gene Kelly or Judy Garland anymore, you can visit the downstairs spa, for a Vitamin B shot. Las Vegas will always be a winning destination and full of surprises.

One can certainly lose one's self in this wonderful illusion of man's imagination. You won't be able to see everything every visit, but visit and see it for yourself. You won't regret it. I'll be back.