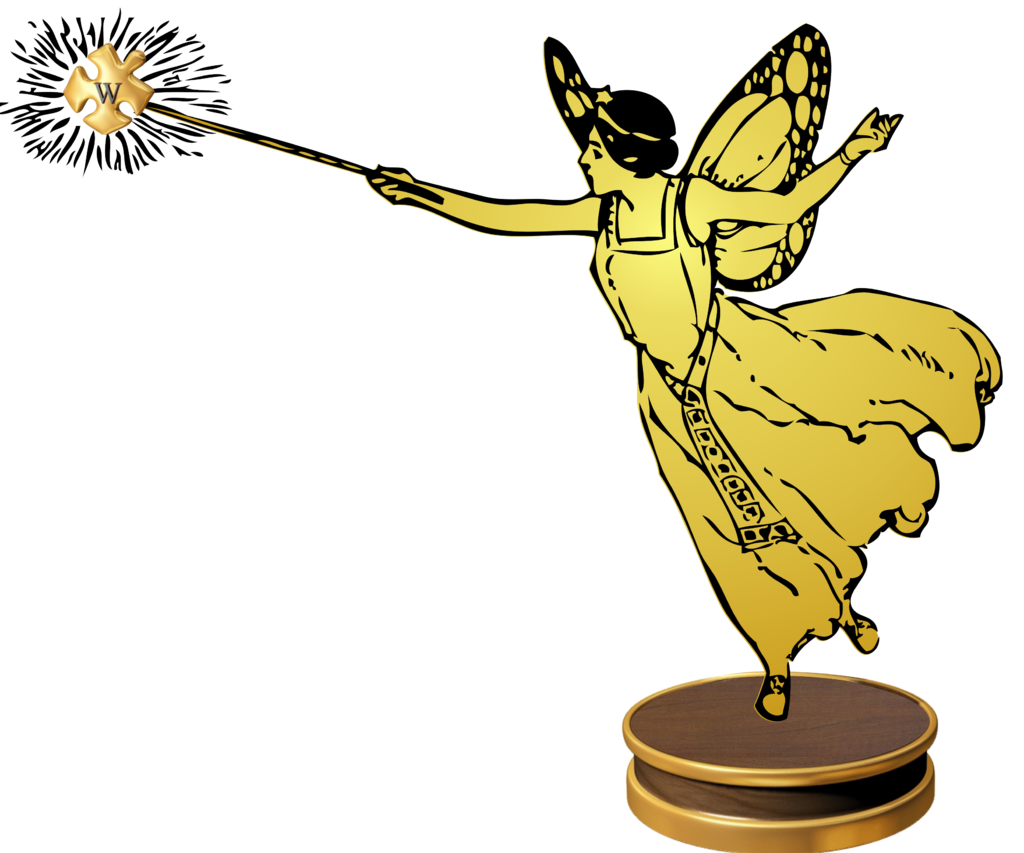 "If I could wave a magic wand and be anything, I'd be a really respected, really successful author. That's a hard combination to get, though. I really enjoy acting, and it's easier, frankly." ~Christine Elise

A wand (sometimes magic wand) is a thin, hand-held stick or rod made of wood, stone, ivory, or metals like gold or silver. Generally, in modern language, wands are ceremonial and/or have associations with magic but there have been other uses, all stemming from the original meaning as a synonym of rod and virge, both of which had a similar development. A stick giving length and leverage is perhaps the earliest and simplest of tools. Long versions of the magic wand are usually styled in forms of staves or sceptres, often with designs or an orb of a gemstone forged on the top.

In Wicca and Ceremonial magic, practitioners use several magical tools including wands for the channeling of energy—they serve a similar purpose to the athame although the two have their distinct uses. While an athame is generally used to command, a wand is seen as more gentle and is used to invite or encourage. Though traditionally made of wood, they can also consist of metal or crystal. Practitioners usually prune a branch from an Oak, Hazel, or other tree, or may even buy wood from a hardware store, and then carve it and add decorations to personalize it; one can also purchase ready-made wands. In Wicca the wand usually represents the element air, or sometimes fire, although contemporary wand makers also create wands for the elements of earth and water. The wand is most often used by Neopagans, Wiccans, Shamans and others in rituals, healing and spell casting.

"Wands" is also another name for the suit of Staves, Batons or Rods, a suit of the minor arcana of the Tarot. It is normally associated with the element of fire, representing creative energy, passion, confidence, and charisma.

Examples of traditional magic words include:

Craig Conley, a scholar of magic, writes that the magic words used by conjurers may originate from "pseudo-Latin phrases, nonsense syllables, or esoteric terms from religious antiquity," but that what they have in common is "language as an instrument of creation."