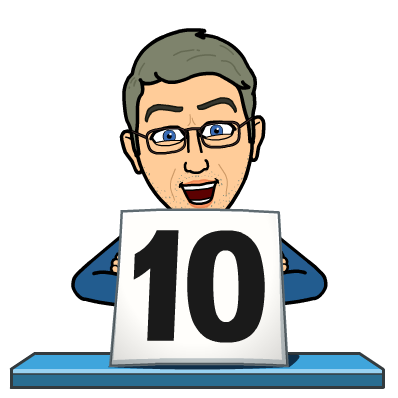 “O Romeo, Romeo, wherefore art thou, Romeo?” has more shades of emotion and significance than just love. What other tones might an actor use in the balcony scene? (Carolyn Roberts as Juliet in Shakespeare & Company’s 2000 production of Romeo and Juliet.)

Among other concepts, we’ve discussed the action (some people call it the objective), which is what your character, at any moment, wants another character to do, feel, or understand. We’ve talked about the obstacle, which is the circumstance that stands in the way of your achieving the action. We’ve spoken about the subtext that lies underneath the lines and reveals what is really being talked about. We’ve covered how you can intensify the scene (that is, make it more dramatic) by raising the stakes. This means to make the obstacle even more difficult to overcome and to want what you want from the other person even more passionately. And we examined the super-objective, the one thing your character wants above all, even while other actions are taking place. We talked over the idea that the actor must be exhaustively aware of the circumstances that surround the scene she’s playing. Surely all this is enough? No. I want to spend our last visit (at least for now) with a list of ten more acting tools you need to have in your kit when you start assembling the role.

1. Concentration. While you’re acting, keep your mind on the stage and in the circumstances.

You have to enclose yourself in the world of the play. You have to be wildly alive to what the other actors are doing and to how your character would react to them. To focus wavering concentration, set yourself small achievable tasks onstage, inside the story. The woman over there is your “mother”? What exactly is she wearing? How, exactly, is she responding to your “father”? What does your character want her to do right now? Drag your mind onto the stage and keep it there.

2. Be aware of rhythm. The actor’s work is much like that of the jazz musician.

Every play, every scene, every speech needs mixed rhythms. If everything is slow or everything is fast, everything is loud, everything is soft, the minds of the audience (and even yours) drop out. Look for the quick part in the slow, nostalgic memory speech. Look for the pause in the hard-driving, angry argument. Reinvest new acting energy at the point where the subject changes or the conversation veers off. You need to find the sensible variety in speed and tone. Say to yourself, “Let’s do a little jazz here!”

3. Get the part in your body. What your mind thinks, what your emotions feel, all of this is supposed to show up in your body if you really consider yourself an actor.

Look around you. See that actor with nothing happening below the neck? Don’t let that be you. Tell your body to get into the act. Acting is doing. Don’t know how? Start with a simple physical task accompanying your speech. Stretch, do some easy exercises while you talk to your sister about last night’s game. At the very least it will signal your body that it’s expected to show up. In most cases, nobody means no acting.

4. Ever heard the term “self-reacting”? You do it all the time in life but you probably don’t do it enough on stage.

Here’s how it works. While you talk you have opinions about what you’re saying and how you’re saying it. You start a sentence describing an automobile accident. Suddenly you realize you left a detail out, and you stop in mid-sentence and readjust. Or you’re talking and you say something even you think is stupid, and you make a face that lets the other person in on your new opinion of what you just said. Or you say something and realize it needs more emphasis so you repeat it. These are just a few example of self-reacting. It’s a tool you need in your acting toolbox.

5. Tone. Here’s a bad acting habit you need to be aware of.

You might have let it become a key part of an important scene you’re playing and you need to replace it with more specific work. It goes this way: you’re doing the balcony scene in Romeo and Juliet and you’re locked in the “love” tone. You give every line you say a particular sound that reeks of roses and heart-shaped chocolates and the words “I love you.” The whole scene is being played in the love tone. There are other favorite tones, including the “angry” tone, the “memory” tone, the “tragic” tone, the “dominant” tone, etc. Get out of the tone and into the scene. Juliet may love Romeo, but she’s also worried that her brother Tybalt will find him in the garden and cut him to ribbons, as well as being furious with herself for being attracted to a Montague, and scared to death the Nurse will come out and find her in her nightgown talking to some guy. Don’t let some idea of how a scene should sound get in the way of what a character’s action is on a moment-to-moment basis.

6. Words mean something. Sometimes I go to the theatre and get lulled into a somnolent state by a river of words that seem to have no personal meaning to the actor.

The words seem colorless, containers filled with a transparent fluid. The good actor makes the words signify. When she says “Aunt Helen,” you can picture Aunt Helen, remote, cynical, and overbearing. Part of this is simple emphasis. The sentence you’re saying means entirely different things depending on the word or words you choose to stress. Another aspect of this is your attitude toward the words you are saying. You say, “The sea seemed to stretch out forever,” but what’s your attitude toward that sea? You long for it, you’re afraid of it, you had a friend drown in it, you can’t sleep without the sound of it, what? You need to invest meaning in the words you say, you need to energize them and sometimes roll the sound of them around in your mouth. Don’t just let the words lie there. They need you.

7. Variety. Here’s a real and continual secret of the trade.

8. The pause. Silence is the actor’s condiment.

It adds flavor where you need it. Remember that language is born out of silence. Silence is the gestation period for words. After a long line of words and sentences, a pause often refreshes the listeners and refocuses them. A sudden silence with the actor thinking hard about what to do or say next can literally startle the audience into a fierce attention. The pause usually appears at a key moment when there are important choices to be made or when going forward in the situation implies a profound commitment. Where are these moments in the play you are rehearsing or performing? Often you will see (and hear) long sections of text delivered without these crucial rests. Think of it this way: the important pause occurs when what you want is so balanced by the difficulty of getting it that you have a profound need to think it over before you can go on. Think about the possibilities for these pauses as you rehearse. They can define the role.

9. I know she knows I know. When you’re playing a scene in which the characters know each other well and probably have for a long time, you have to be careful to play in a way that acknowledges that almost anything you say has a history.

For instance, if you are talking to your long-term boyfriend about your old car, he has probably ridden in it. You would talk about it in a tone that implies mutual understanding rather than one that suggests what you say should be news to him. I call this the quality of acknowledgment. When you talk about a mutual friend to your brother, you already know what his attitude toward that person is and you take that into account as you talk. It is this understanding of each other that defines scenes where the two characters have a history together. When it’s not present such scenes seem flat and even dishonest.

10. Finally, a small but important piece of advice. Don’t drop the end of the line.

Be careful that the strong verbal energy you start with doesn’t gradually dissipate, so that near the end of the sentence or speech you have run out of gas. One of the reasons that this small flaw can deeply affect your playing is that playwrights often put the most important and colorful information at the end of the line. Drop the end of the line and you obscure or lose the sense of the line. Don’t do it. So, my actor friend, that’s all for now.

I hope these tools will be in your acting bag throughout your career. All of our talk for the last several months has been an attempt to rediscover for ourselves the things fine actors have known for generations. There are more where these came from. Perhaps you’ll make a new discovery in tomorrow’s rehearsal. Remember that as a good craftsperson you don’t use every tool on every job. Practice will refine your sense of what tool will solve a current problem.

Thanks. See you down the road. This is the seventh and final article in a series that began in our September 2000 issue. Jon Jory, artistic director of Actors Theatre of Louisville for thirty-one years, teaches acting and directing at the University of Washington.