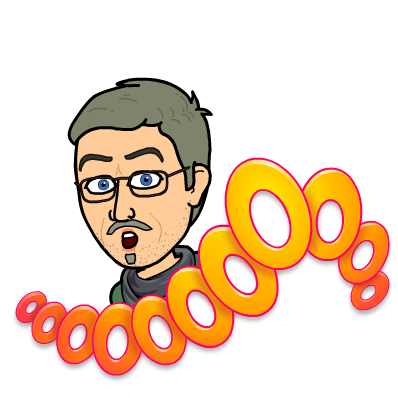 "Indian street magic tends to be very gory, blood and guts. One trick is for a magician to take a knife and appear to cut his kid's head almost off. The magician then says to the crowd, 'Well I can continue to cut off my son's head or you can all give me some money.' Then he wanders around and takes 10 rupees from everyone and restores his son." ~Teller

You have just discovered the wonderful world of magic and all those trips to your local magic shop has added to your ever-growing arsenal of magic tricks. You’ve invested a lot of time and money on tricks that didn’t work out or were just paperclips and rubber bands.  Magic can be an expensive hobby.

No problem! You will make back all of the money you've spent and more by becoming a part-time professional magician. Looking around for places to hone your craft, you suddenly remember that your niece has a seventh birthday coming up. You call you sister and offer your services in lieu of a gift.

Two weeks later, the performance time arrives. You pack all of your ace material into two large cardboard boxes. You start the show for sixteen first graders and all your relatives. The show goes well. Everybody is laughing and having a good time. You take some theatrical pauses to build suspense as you search your boxes for the next great trick.

Finally, your fifteen-minute show concludes after fifty-three minutes. You never realized you had that much great magic. The kids cheer and applaud for your debut magic show. Even your sister, wiping the tears from her eyes, says, "I have never had more fun than I did watching your magic show. It was great. John got it all on tape."

This is how many part-time professional magicians attempt to begin their career. They look around and decided that doing kid shows is the best way to start. Performing magic for kids is one of the most difficult areas of magic to do well. This article explores some of the challenges of performing children's magic.

The next article explains the four most important things you must do when perfroming magic for children.

How These Four Things Will Make or Break Your Magic Show

Critical keys to performing magic for kids; Children don't understand many of the common cues in a live performance. Most children are raised in the age of television. Not a bad thing, except the laugh tracks prompt the children when to laugh. No laugh tracks and the children are left out in the cold. They are quick and will get up to speed in no time. But they need your help.

The same issue is even more problematic with applause. Children are not used to clapping. They don't understand applause cues. Those wonderfully timed applause cues will leave you and your audience with a lot of uncomfortable silence.

What can be done? Everything. One of your most important tasks as a children's magician is your opening. The beginning of your show must do four things:

• Teach the children to react to applause cues

• Set the tone for the show

The audience needs to be warmed up prior to your magic show. It seems hokey and a waste of time, but it can make the difference between a great magic show and a horrible one. Children love to have fun. Even in school children are taught to obey those in authority. For some reason, many magicians forget to establish authority early in the show. The result resembles a saloon brawl in the wild west.

After you welcome everyone to the show, look out over the audience and say, "This looks like a really great crowd. Let's see how loud you can clap. On the count of three ONE. . . TWO . . THREE . .Not bad! Let's try it again. On three . ." After some byplay, conclude by saying, "What do we do when we like the magic? (pause) What do we do when we LOVE the magic?" (pause and react strongly to the crowd)

Four things are being done by that warm up. You have taught the children to clap when they like the magic. It also trains them to react to the applause cues in the rest of the show. The warm up establishes that you are in control for this show. Finally, it sets a fun tone for the show. This is the first time your audience gets a sense of your performing personality.

The most important secret to doing kid's magic is…..You are not performing for the kids!

You will learn quickly that the most difficult task facing the children's performer is to design the show to appeal to children and adults at the same time and at different levels. No, I don't mean filling your performance with phrases that have sexual double meanings. Nothing is more pathetic and unprofessional than the performer that gets a child on stage and slyly eyes the adults in the crowd and says "Do I have a big magic wand or what?"

Children's cartoons provide the best examples of the point I am trying to make. Take Loony Toons or Spongebob Squarepants for example. These cartoons work for children and adults on different levels at the same time. This is what you must achieve to be a successful children's magician

This is very difficult thing to pull off. This is one of the main reasons that doing children's magic is so difficult. You must DESIGN your show for both audiences. One key to the show design is your performing personality.

Your Performing Style is Critical to Your Success

When you perform magic for children, you must have a distinctive and appealing performing personality. Long gone are the days when the children's magician can come out on stage in a second-hand tux and wow his audience with a formal magic show. Look at Silly Billy, one of the most successful children's magicians. His performing personality is fun and engaging. His show tone is fast paced and humorous.